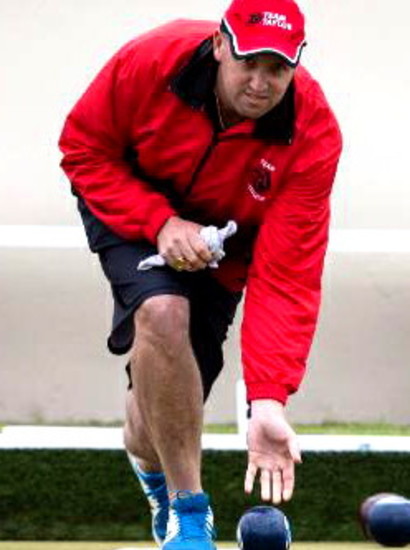 Richard says: All of my on green successes have been with Taylor products, they provide the most consistent and trustworthy bowls for any conditions.

When and why did you start playing bowls? I started playing bowls in 1988 at the age of 14. Both my parents played and they got me into it.

Which model(s)/size of Taylor bowls do you enjoy playing with and why?
I use a Size 4 SRV. It’s a great bowl for all conditions

In the bowling world who do you most admire and why?
Danny O’Connor – 10 time NZ Champion who took me under his wing as a 14 year old. We shared many successes together on the green and a lot of good times off it.
Do you have a favourite – film, book, song, football team, actor, etc. It can be more than one if you like.
Saving Private Ryan, Best Bets, any song by Pink, Liverpool FC.