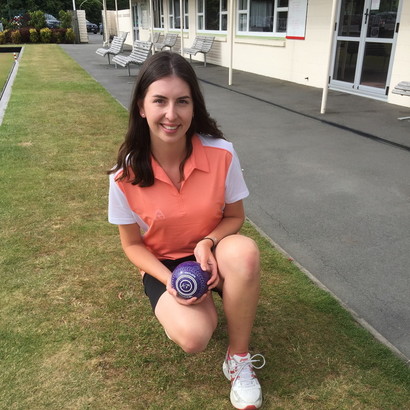 Tayla Bruce enjoys playing with her Taylor SR size 3. She says: “I like the consistent line and the way they play well on New Zealand and international greens. They are also good in the wind, which is important if you live in Christchurch! I’m proud to be part of Team Taylor. I’ve always played with Taylor bowls and I absolutely love them.
She started playing bowls in 2008 after watching the 2008 World Bowls in Christchurch. She was hooked! She most admires Jo Edwards and Mandy Boyd. She says: “They are both incredible players and people and have set a great standard for bowlers to aspire to.