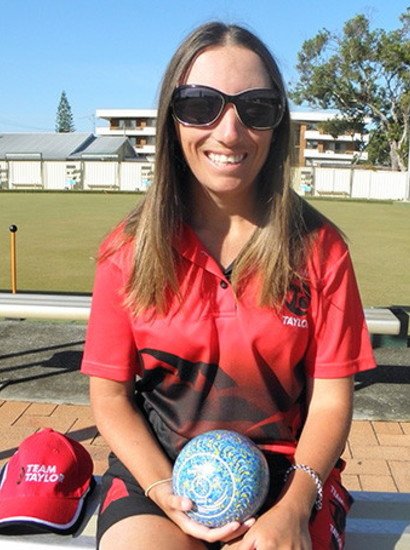 “Since taking up the game at age nine in 2002 I have used no other bowls but Taylors; that speaks for itself.”

What Country/Region/Club/Team do you play for?

When and why did you start playing bowls?
2002 – I was watching my dad for a few months after he started playing and then I thought I would give it a crack and I somehow became addicted to the game. It was also at a time when the boys who I played soccer with, all of a sudden shot up and dwarfed little me making running out onto the pitch a scary experience. Lawn bowls seemed a much safer bet.

Which Model(s), Size of Taylor Bowls do you enjoy playing with and why?
SRV’s – Size 2
They were a natural progression from earlier Taylor models, all of which I have had the utmost confidence in.

Are there any particular stories/incidents you would like to tell us about that relate to your bowling?
At my very first game of my first NSW Indoor Singles at age twelve I overheard the marker of my rink whisper to my opponent “Geez, you’ve got it easy; look who you’re playing against; a little schoolgirl”.
Two hours later, my opponent threw her bowls in her bag and stormed off the green and out of the building.
She incurred a $100 fine for not marking the next game as a first-round loser.

In the bowling world who do you most admire and why?

Australia – Karen Murphy, New Zealand – Jo Edwards.
They are both World Champions who have been at the top for nearly two decades.

They are the examples who I strive to emulate.
And on top of that, they are also really nice people.

Winner of over 50 Club, Group and Regional titles