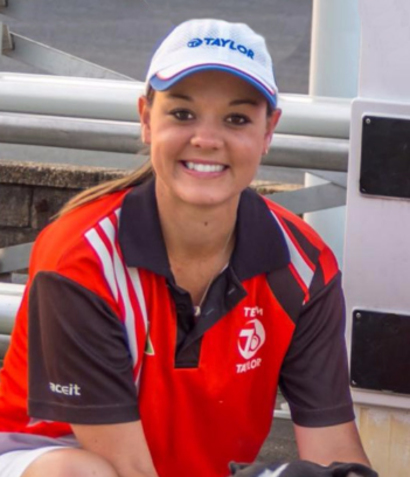 Bolivia won her first ever tournament just two years after she had started lawn bowling. After a very successful juniors career winning the singles

What advise would you give to anyone who wants to succeed in sport:

I hated every minute of training, but I said, Don't Quit. Suffer Now and live your life as a champion. Muhammad Ali

When and why did you start playing bowls? I started 13 years ago with my sister Cass Millerick,We were 10. It was our parents divorce, as week on week off with the parents. Mum wouldn't take us to sporting events and dad would. It was hard to get into a team. With bowls we found you could change the date.
In the bowling world who do you most admire and why? I most admire 3 people. Karen Murphy. She has been my idol since I started bowls. I first saw Karen on tv before I wanted to bowl and the game she played was amazing hard and friendly. Lynsey Clarke. Lynsey is a fantastic role model to this game, I've had the opportunity to play with and against this lovely young lady. Many times before.