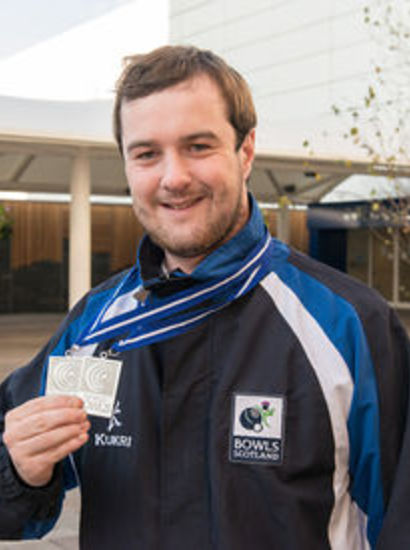 Ryan Burnett was born in 1993 in Arbroath, Scotland and is the younger brother to multi world and Commonwealth Champion Darren. Ryan is the next up and coming Burnett heading up the ladder of success.

Ryan started playing bowls at the age of 15 after following his father and brother who had played all over the country. His late father Willie had played for Scotland and won British and Scottish Titles and go to Darren Burnett's profile to see his achievements. He plays indoor at Arbroath and District and Carnoustie West End outdoors. He has always loved played with the Taylor Ace bowl (with Progrip) for both indoor and outdoor. It is the perfect bowl as you can use it on any green or carpet.

His nickname is "Burno" and he is currently at Broadbeach on the Gold Coast, where the next Commonweath Games will be held.

Ryan recollects his funniest moment in bowls which happened outdoors "I drove at the head and hit the jack. It bounced in the air and hit my third who looked down where it had made a massive hole in his trousers!"

He most admires Alex Marshall and Darren Burnett in the bowling world and his favourite football team is Rangers FC".