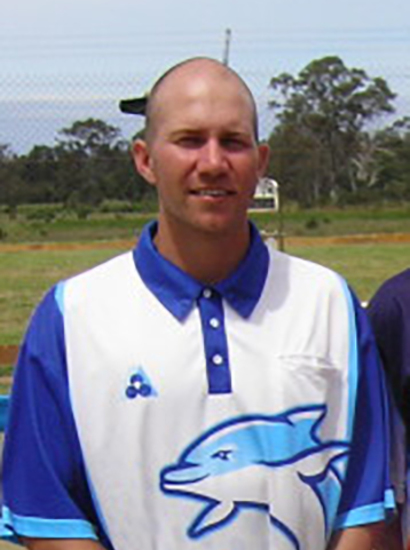 "Taylor bowls are good in all conditions and i'm pretty sure they listen to you."

What country/region/club/team do you play for?
Paradise Point Dolphins and Queensland Mens Team
When and why did you start playing bowls?
My parents played and when I started I had a lot to work on.
Which model(s)/size of Taylor bowls do you enjoy playing with and why?
Redline SR size 4 because they feel great

In the bowling world who do you most admire and why?
The older guys that play socially and turn up nearly every week for a game and a beer with their mates.
Do you have a favourite – film, book, song, football team, actor, etc? It can be more than one if you like.
North Melbourne Kangaroos.