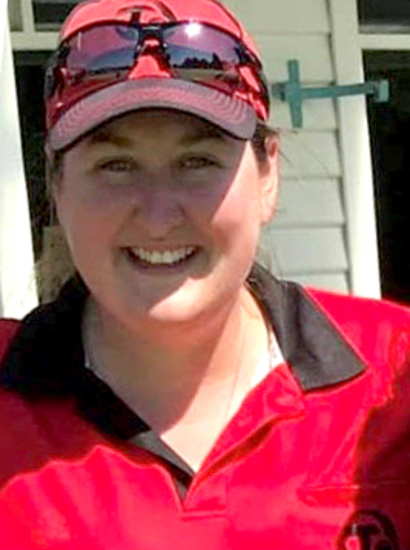 Kelly says: "The very first set of bowls I ever owned were Taylor’s and have never looked back. A great product!"

What country/region/club/team do you play for?
Etobicoke LBC (Canada), Caulfield Park Alma/Clayton BC (Victoria)
When and why did you start playing bowls?
I started playing bowls competitively at the age of 16, but I have been around the game for as long as I can remember watching my dad and grandparents play.
Which model(s)/size of Taylor bowls do you enjoy playing with and why?
I am currently using size 3 Redline-SR. I enjoy playing with them because of the line they take and I have confidence in them. I have always played well using Taylor Bowls and have had success with them in Australia and New Zealand.
Are there any particular stories/incidents you would like to tell us about that relate to your bowling?
One of the highlights of my bowling career has to have been wearing the maple leaf for Canada, alongside my dad who was also playing at the 2016 World Championships in Christchurch, NZ.
In the bowling world who do you most admire and why?
I admire my dad the most in the bowling world. He has taught me so much about the game, about dedication and perseverance. He has contributed tremendously to all of my successes I’ve had over the years.
Do you have a favourite – film, book, song, football team, actor, etc. It can be more than one if you like.
I love my sports. My favourite teams are anything Toronto (MLB: Blue Jays, NBA: Raptors, NHL: Maple Leafs)